Crypto tokens are a type of cryptocurrency that represents an asset or specific use and resides on their blockchain. Created through an Initial Coin Offering (ICO), crypto tokens are often used to raise funds for crowd sales. They operate on top of a blockchain that acts as a medium for creating and executing decentralized apps and smart contracts, and the tokens are used to facilitate transactions.

While more and more people are starting to create and invest in cryptographic tokens, the understanding of different token types out there is still limited, even among professional investors and seasoned members of the blockchain community. To add to the confusion, terms like “cryptocurrency,” “crypto assets,” and “tokens” are often used synonymously.

Tether, Chainlink, Uniswap, Aave, and USD Coin are some of the most common examples of crypto tokens.

The increase in the number of blockchains that allow for tokens to be created has led to widely created tokens. Depending on the standard, the tokens are traded in a different address format.

Token standards define the set of rules that allow crypto development on various blockchains. They are a subset of the smart contract standard that establishes the rules by which codes must abide to use the underlying blockchain.

In this blog, we will be talking in context to the ERC-20 token standard for a clearer understanding as The ERC20 token standard is one of the earliest design patterns in Ethereum smart contract development and is well understood at this point.

What is a Crypto Token Audit?

When it comes to Blockchain technology and crypto operations, you must consider safeguarding your solution and digital assets from cybercriminals.

Why Crypto Token Audit is Important?

Tokens have grown in popularity in the crypto world as a digital alternative to traditional exchange methods. Token standards that are widely used are ERC20 or ERC721. Even though the concept of a token is comparatively simpler, its implementation is complex, making them vulnerable to hacking.

How is a Cryptographic Token Audited? 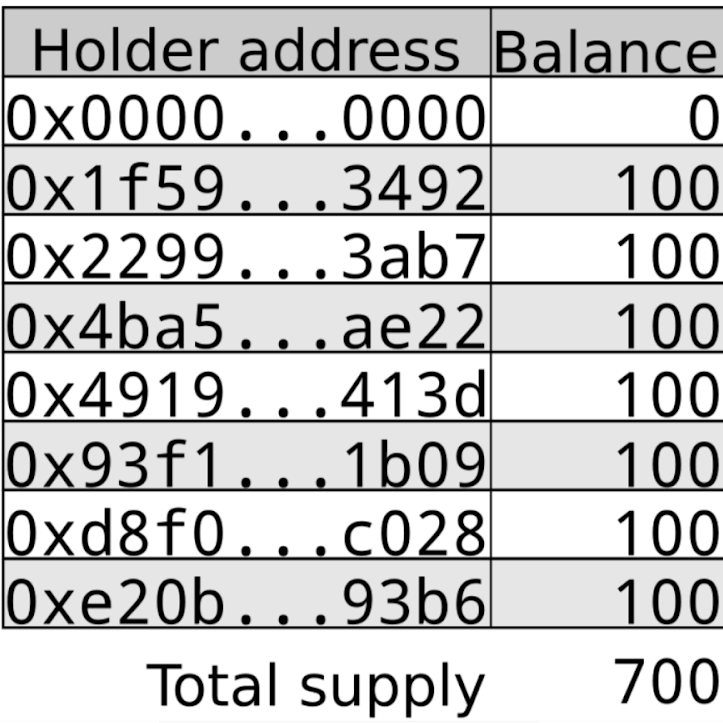 ERC-20 defines a common list of rules that all fungible Ethereum tokens should adhere to. And when it comes to smart contracts (in this case, token contracts), audits play an important role. ERC20 contracts look deceptively simple to implement – the API is short, and the general functionality encapsulated is minimal. However, in the last year, several small-scale vulnerabilities and ‘gotchas’ have been discovered.

An audit process is an extensive analysis of the code written in the token contract to pick and sort such minor vulnerabilities if any. The ultimate goal of a security audit is to guarantee that the code is free of bugs and behaves as intended, under every given circumstance.

Similar to DeFi security audits, token contract audits do not incorporate a strict methodology either. However, it is always advisable to follow certain standardized steps that ease the process.

Collect documentation and all code in one place. One thing to keep in mind is that the code should contain the same logic that is declared in the documentation.

The next step should be to check code quality using automatic tools. Following are some of the most commonly used tools for token audits:

Once, the automatic code review is done, manual verification should be the priority.

It applies the usual software guidelines such as commenting code, code structure, naming variables, and the avoidance of replicated code. The process of reading the code depends upon a person and project. Look at the issues detected by tools and decide whether they lead to actual vulnerabilities.

Since token contracts are standard-specific, pay attention to all MUSTs and SHOULDs used in the specification.

After all these steps are completed, auditors will write down the findings and recommendations in a report for their clients to review.

After the first audit report, developers make the necessary changes and fixes to the code and turn it up again for a final review by the auditors.

After all the fixes are done, auditors combine all the details and analysis into a report and submit it to the client.

Tokens Auditing becomes a necessity and a critical milestone if you’re trying to build a high-performance application.

The steps of an audit may vary depending upon the tokens auditing team, at ImmuneBytes we make sure to follow a strict methodology comprising the above-mentioned steps while conducting the audit.

How much does a Crypto Token Audit cost?

Token smart contracts are more straightforward in comparison to other use cases of smart contracts. Citing the same token, audits are usually less expensive than Defi and DApp Security Audits

Moreover, it is the type and complexity of a Defi security audit that influences the audit price. Also, understanding the business logic relies on the developer’s documentation.

Get a free estimation of your crypto token audit cost.

We are a team of India-based security professionals skilled in their niche. We strive to push forward and provide overall surveillance and quality service to our customers. We ensure the security of your project and allow business owners to run their blockchain applications hassle-free. Over 175+ blockchain startups and corporations have hired us to make their audit of smart contracts at an affordable cost. Get your smart contract audit cost estimation.