Another BSC Debacle: Spartan Protocol hacked for over $30M

Once again we have a BSC-based DeFi protocol, Spartan, falling prey to the hands of hackers! The attacker exploited a flaw in the smart contract that governs the Spartan Protocol, depriving them of more than $30 million.

Spartan Protocol is a community-governed token to incentivize deep liquidity pools for leveraged synthetic token generation. Similar to the Ethereum-based Synthetix, the Spartan project aimed to create synthetic tradable assets that reflect the value of other assets. It is a token based on the Binance Smart Chain in light of allowing its users near-instant settlement and extremely low gas fees.

The attack happened just a few days after another DeFi protocol was attacked on Binance Smart Chain. The Spartan team confirmed the hack in a tweet, stating, “Spartan Pools v1 exploited – the team is aware and investigating.”

In this blog post, we elaborate on the technical details of the hack.

Technical Breakdown of the Incident

Initiated at 04:38:39 PM +UTC, May 1, 2021, the Spartan protocol contract was exploited to result in more than a $30M loss. The incident was due to a flawed liquidity share calculation in the protocol, which is exploited to drain assets from the pool.

Similar to the Uranium Finance incident, this hack inflates the asset balance of the pool before burning the same amount of pool tokens to claim an unnecessarily large amount of underlying assets.

There were a total of 9 attacks on four Spartan Protocol pools. The details are as follows: 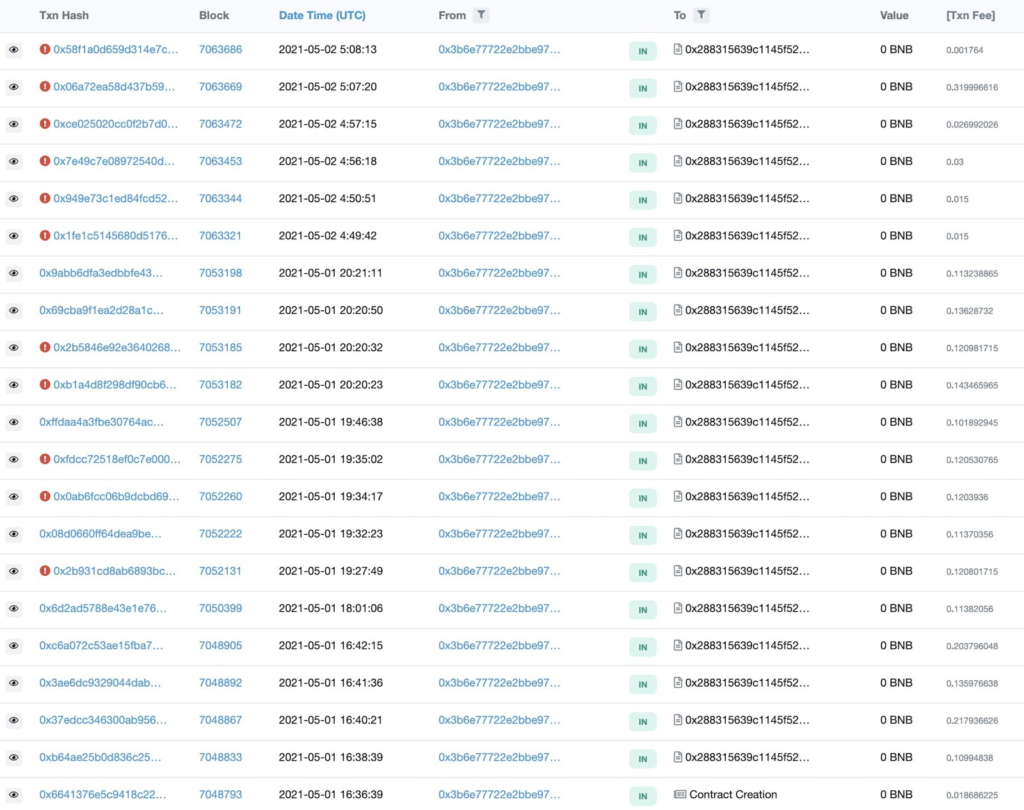 Let’s get an insight into how the attack proceeded.

The vulnerability emerges from the fact that the liquidity share calculation calcLiquidityShare() is querying the current balance which can further be inflated for manipulation. A correct calculation should make use of cached balance in baseAmountPooled/tokenAmountPooled.

This attack on Spartan Protocol makes it the sixth-biggest monetary exploit in DeFi history, according to Rekt.

The price of the Spartan Protocol’s SPARTA token dropped from $US1.66 to as low as $US1 over the weekend but had rebounded Monday, trading at $US1.36 at the time of writing.

The Spartan team claimed that the code was audited and yet it had a flaw. Quoting the team,  “Sparta will re-build with more focus on continual reviews. Sparta is innovative code, built from scratch, it is not a clone of anything.”

Spartan’s team will now be focussing on getting the remaining funds back to members involved by working with Binance on the recovery of stolen funds. Also, they plan to Get back to shipping V2!

The attacks on the Binance Smart Chain seem to be increasing with each passing day! Once hailed unbearably, BSC is now swimming through some tough waters! The only thing that can save you is getting a security verification done! Know your audits and auditors, do not shy away from the requirements of your project. The ImmuneBytes team makes it a priority to understand your code and ensure that it works as intended!

We are a team of India-based security professionals who are skilled and hold experience in their niche. With us, you’ll never have to compromise. We strive to push forward and provide overall surveillance and quality service to our customers. Get in touch with us to get a security audit for your smart contract.