All About FLOW: the Blockchain for Next-Gen Apps and NFTs

The launch of CryptoKitties, one of the very first in the arena of non-fungible token (NFT) projects, brought Ethereum to a standstill in late 2017 due to extreme congestion, the developers at Dapper Labs learned firsthand that current-gen blockchains weren’t built to handle such demands.

And with NFTs gradually rising to a new level of popularity, something needed to be done. Dapper Labs then decided to take the matter into their own hands and develop a fast and developer-friendly blockchain to support entire ecosystems of apps, games, and the digital assets that power them.

In today’s article, we’re exploring Flow, the blockchain developed by Dapper Labs that promises to meet the needs of future generations of crypto games and NFTs.

An Introduction to Flow 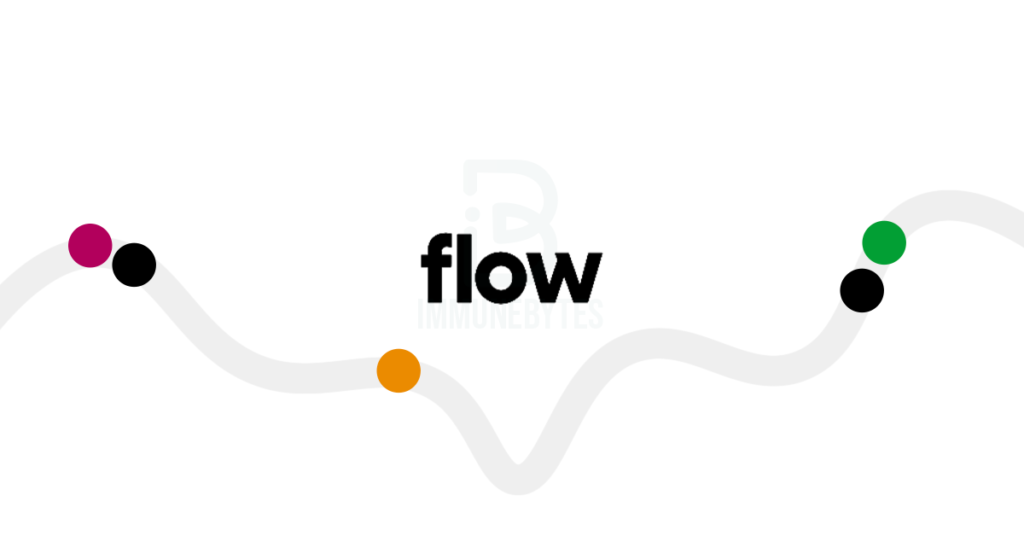 Developed by CryptoKitties and NBA Top Shot developer Dapper Labs, the Flow blockchain is a DLT protocol designed to support digital collectibles and blockchain-driven games. The protocol utilizes a multi-role node architecture that offers a scaling alternative to sharding and sidechains.

To put it simply, Flow is a blockchain that is designed for extensive scaling without the use of sharding techniques, providing fast and low-cost transactions that make sense for dApps such as NFT marketplaces and crypto-infused video games. This novel design is aimed at enabling Flow to support billions of users.

As mentioned, Flow hails from Dapper Labs, which is now using Flow for all of its own projects, including NBA Top Shot, but it’s open to other developers as well.

How does Flow work?

If you are familiar with how blockchains operate, then you must know that they are generally made up of nodes that store the entire state of the currency’s history and verify all transactions.

Flow, on the contrary, aims to create many subdivisions of its network to allow for the total work to be split across nodes, with each node only validating a subset of the transactions.

That was way too simple, let’s dive in more technically!

More specifically, the developers came to the realization that only non-deterministic tasks such as validation and ordering of transactions required consensus, while deterministic operations such as executing transactions always have only one, objectively-correct answer. This implies that the execution of transactions doesn’t need to be part of the consensus. Or as Dapper puts it, you can “separate consensus from computing” to achieve greater efficiency without compromising decentralization.

The Different Nodes in the Flow Architecture

Now that we know how Flow works let’s see what makes it different from other blockchains!

Flow is built for the kind of collectible and interactive crypto experiences that are quickly growing in prominence and could find much larger audiences in the years to come. Along with being unimaginably fast and highly scalable, Flow has many more features that make it different from the other blockchains.

As discussed, Flow was designed with an aim to support NFT-driven dApps, crypto games, and other apps that could prompt high user activity. Thanks to its architecture, Flow is capable of supporting billions of transactions.

With the introduction of alternative scaling solutions like sharding, the complexity of a blockchain tends to rise due to the need for synchronization between shard chains. This can make developing smart-contract-driven apps difficult. Flow has omitted the concept of sharding completely, thus making it simpler.

For starters, Flow comes with its own smart contract programming language, Cadence, which is built around resources that are a new way of representing asset ownership. Cadence also has an ergonomic syntax which makes it very easy to read.

In addition to that, Flow also comes with several open-source tools designed to help developers get started. These include a Flow Go SDK, a Flow JavaScript SDK, Visual Studio Code Extension, and fungible and non-fungible token standards.

Flow features upgradeable smart contracts, allowing smart contracts to be deployed in beta and then enhanced or fixed before being finalized and made immutable.

On a related note, Flow also has built-in logging support, which allows developers to track the behavior of smart contracts.

Flow also comes with many features designed with user convenience in mind. These include smart user accounts and clear, human-readable security messages.

Now after such promising features, you must be wondering, where can I buy FLOW?

Where Can You Buy FLOW?

Flow’s native FLOW token was initially offered to the public in October 2020 through CoinList. However, on July 30, 2021, Binance announced its listing, and the price of FLOW surged thereafter. Binance said at 7:00 UTC that it would list the FLOW token. The price then rallied to $29 from $18, a 61% rise. On a 24-hour basis, the cryptocurrency was up by 30%.

You can buy FLOW on various exchanges, Binance being the most popular one. Other exchanges such as Kraken, Huobi, and UpHold also let users transact FLOW. 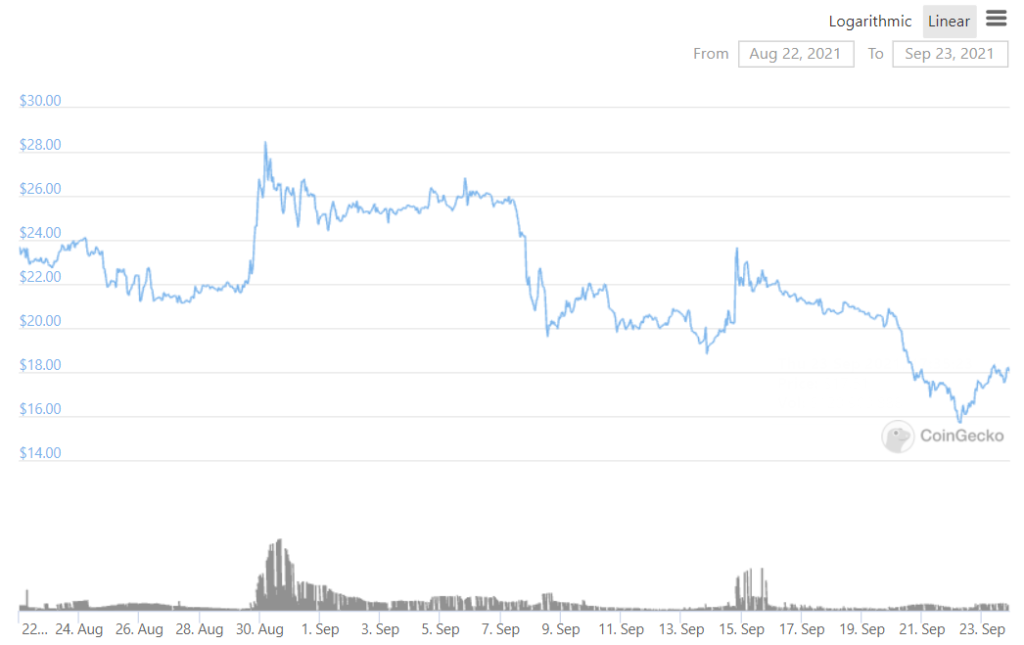 The graph above shows FLOW’s performance throughout the past month.

Flow definitely had a promising start and its viability as a blockchain for NFT-driven dApps has been clearly demonstrated by the success of NBA Top Shot. The dApp has already processed more than three million transactions, generating total sales of over $500 million. Another promising dApp currently running on Flow is the VIV3 marketplace which was launched earlier this year.

Following the success of NBA Top Shot, Dapper Labs is now working on a similar project for UFC highlights and has also partnered with Dr. Seuss, Samsung, and Ubisoft, among others.

With so many promising features in the court, Flow seems to be perfectly positioned to attract new and exciting third-party projects. Given its novel approach and sharp focus on digital assets, Flow seems poised for success.

ImmuneBytes is facilitating blockchain security by employing the use of cutting-edge techniques on smart contracts audit and decentralized applications. We have a team of experienced security professionals who are adept at their niches and provide you with innovative solutions and consultation. So far we have worked on 175+ blockchain start-ups on different blockchain frameworks, with clients spread across the globe, and are continually unfolding ourselves to make this decentralized movement thrive.