A Breakdown Of Bitcoin and the Game Theory

Game theory is fundamental to the development of cryptocurrencies and is one of the crucial reasons why Bitcoin managed to thrive for over a decade, despite numerous attempts to disrupt the network.

In the past decade, thanks to the ever-increasing popularity of Bitcoin, blockchain technology has attracted a significant degree of attention from both academia and industry. In this article, we examine the game theory of bitcoin, and the often mentioned but misunderstood aspect of bitcoin adoption.

What Is Game Theory?

Game theory studies the process of strategic interactions between two or more players in a situation where the outcome for each participant depends on the action of all. 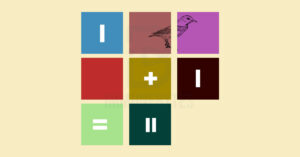 In practice, if you are a player in such a game you must take into account the choices of others when contemplating your strategy. Thinking about their choices, you should also be aware that they are thinking about yours.

Game theory is based on the assumption that all participants are rational actors and are trying to maximize their gains from the game.

Game theory is the science of multi-agent decision-making. It uses mathematics to study the strategic interaction of rational decision-makers. Game theory has social, logical, and computer science applications. It also has Bitcoin applications at the personal, social, business, and nation-state levels.

The prisoner’s dilemma is one of the most popular examples of a game theory model. Let’s see what this example is.

Therefore, we would have the following possible outcomes (based on their individual decision):

Clearly, the best scenario for A (or B) is to betray and be set free, but that would require the other to stay quiet and there is no way to predict what decision the other would make.

In face of a reward, many rational prisoners would probably choose to act in self-interest and betray the other. But if both A and B betray they would stay 2 years in prison and that is not really the best outcome. Therefore, the best option for them, as a pair, would be to stay quiet and get only 1 year instead of 2.

The Prisoner’s dilemma has many variants, but this simple story illustrates the idea of using game theory models to investigate human behavior and possible outcomes based on their process of rational decision-making.

What Satoshi Nakamoto, the creator of Bitcoin, did was find the missing piece of the puzzle: how to ensure that all the actors of a decentralized network behave correctly without trusting each other, an issue that is commonly known as the Byzantine Generals problem. 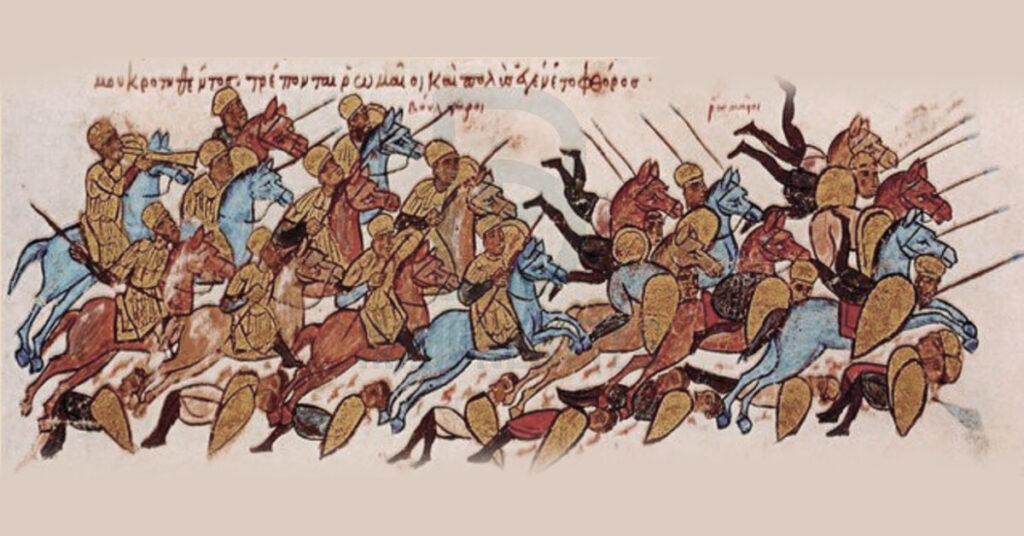 In simple terms, it is a problem of coordination. The Byzantines are trying to conquer a city, but the attack will only be successful if all generals coordinate and attack together. The problem is how to ensure that all generals will follow the plan, even if they are located in different places and do not trust each other.

When applied to cryptocurrencies, game theory models play an important role when designing a secure and trustless economic system, such as the one of Bitcoin. The creation of Bitcoin as a Byzantine fault-tolerant (BFT) system is the result of a harmonious blend of cryptography and game theory.

How does this model apply to Bitcoin? A similar model can be found on any scale in our Bitcoin game.

If you take any two individuals, businesses, competing nations, large corporations, or any entities for whom the goal is to acquire more capital and enrich themselves, they are all witting or unwitting participants in the Bitcoin Dilemma. Players can either choose to accumulate Bitcoin at any moment or defer to a higher price. 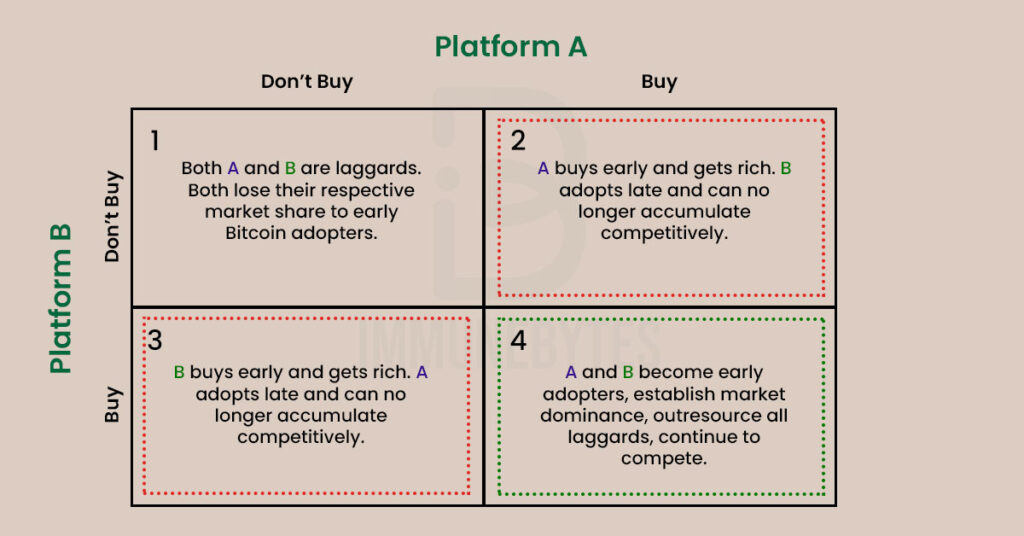 The players in the Bitcoin blockchain are the users of the network and the miners that maintain it. Since Bitcoin is a distributed network, the miners are essential for the network to work correctly as they confirm the validity of transactions.

In simple words, Bitcoin uses game theory and a system of material incentives to make sure that rational actors behave in a certain manner by aligning their interests. In particular, they have been used to influence the interactions and behavior of the miners of the network.

The general application of game theory is to examine how humans behave and make decisions based on their rational minds. Therefore, game theory models should always be considered when designing distributed systems, such as the ones of cryptocurrencies.

Thanks to a balanced combination of cryptography and game theory, the Proof of Work consensus algorithm was able to create the Bitcoin blockchain as a decentralized economic system, which is highly resistant to attacks. The same is true for other cryptocurrencies and the concepts of game theory also apply to PoS blockchains.

Game Theory has made Bitcoin and cryptocurrencies strong and secure as a whole. Keep in mind, however, that the degree of security and resilience a blockchain has is dependent on its protocol and is directly related to the number of participants of the network.

ImmuneBytes is a Blockchain security firm that employs the industry’s best tools and practices to provide a comprehensive smart contract security audit. We have a team of robust and experienced security professionals who are adept at their niches and provide you with quality service. We have worked on 175+ projects spread across the world on different Blockchain frameworks with some of the industry’s top firms and we continue to unfold the decentralized movement.